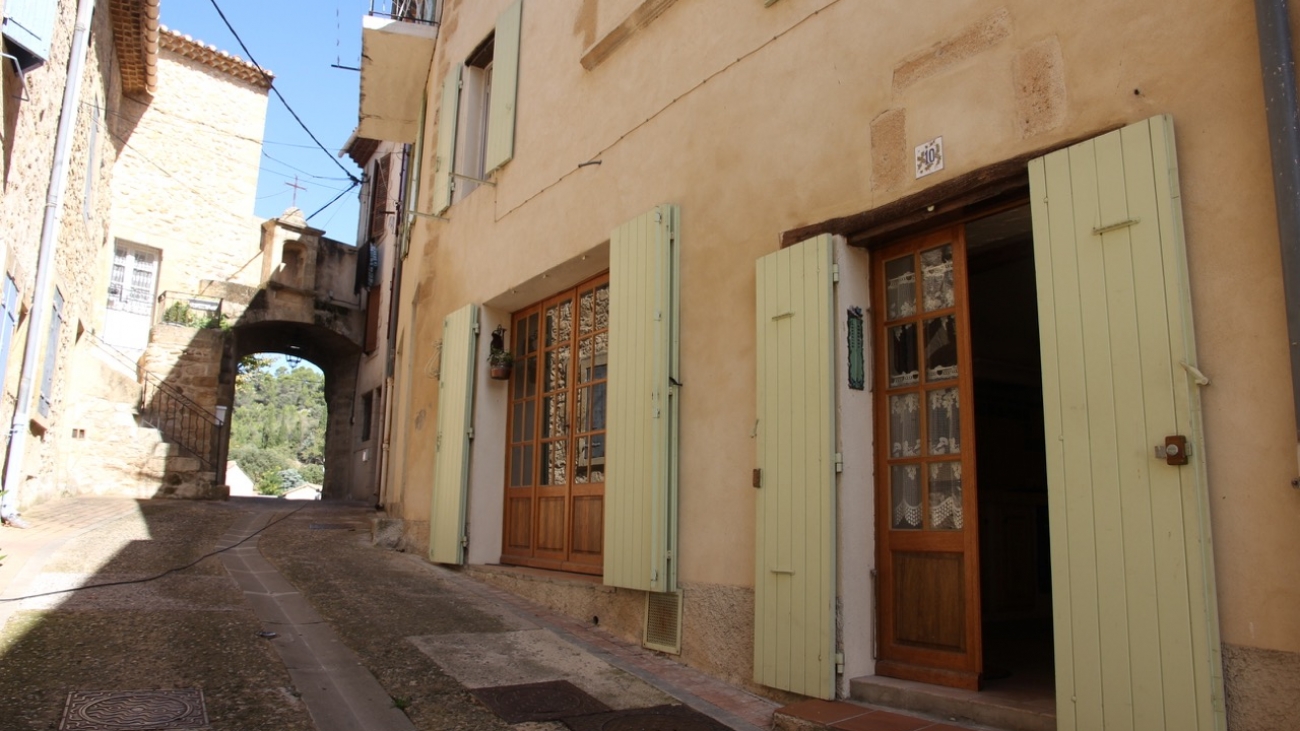 After leaving Australia in mid-April 2016 and arriving in Bordeaux where we stayed almost a week with family; we collected our car, which Jean-Louis’s Uncle had looked after for us for over six months and, with much anticipation, drove directly to Provence.

We arrived in the south of France in the last week of April with several suitcases and a carton of kitchen and cleaning essentials – a thoughtful gift that Jean-Louis’s Aunty in Bordeaux had kindly put together from items she’d collected at a ‘vide grenier’ – an ‘empty the attic’ sale (the French equivalent of a garage sale). However, before going to the house we’d bought in Jouques six months earlier, we decided to stay a few days with another Aunty not far from Marseille, then make the hour-long drive to Jouques from there.

How lucky we were to have relatives to help us out!

Of course if we hadn’t had them we’d have stayed in BnBs or ‘Chambres d’hotes’ along the way, but of course seeing family was always nice for all involved – it was a bonus which obviously saved us from spending money on accommodation! Additionally, as our house had not been lived in for a few years, we figured that we would need a day or two to air and clean it, and of course we needed to buy a bed and mattress!

On our first drive to Jouques we stopped at a brocante in Meyrargues, the village just two villages out from Jouques, where we’d bought two ladder-back chairs six months earlier. There, leaning against a wall, covered thickly in dust, we found an old, wooden Provençal bed which we bought for the tidy sum of €33!

Not my usual style I must say, dark timber and turned spindles galore! I love timber furniture but sway toward clean lines and Scandinavian design – however we’d decided that we’d like to furnish our house with pieces that suited the property and which had integrity in how they were made and the materials they were made from. Of course most furniture over 50 years old fits into this category and fortunately also suited our rather small budget. Mind you, we weren’t going to be buying much if anything at ‘antique’ shops, rather we’d be looking in brocantes (second-hand, bric-a-brac stores) and at vide greniers. This first purchase of our bed, felt right for what we had in mind.

JL had phoned ahead to meet with the real estate agent, Gregory, who had sold us the house, to let us into our property and hand over the keys. So, on the morning of 28th of April 2016, we entered and had the key to, our very own home in Provence!

It was good to see that the previous owners had removed all the old furniture and bits and pieces from every room. They’d offered them to us for far more Euros than we thought they were worth, as they were a fairly ad hock assortment of items that hadn’t appealed to us at all – we preferred to spend time choosing pieces as we would need them. That would be half the fun of settling in! With help from Gregory, we were shown where the water meter was and how it had to be turned on and, by running a tap in each of the bathrooms, we ascertained that it was all working well. He also helped us to switch on the hot water storage unit – we’d have to cross our fingers on that count and see on our next visit if it was working!

We walked through the entire house again to see that everything was as we expected – and really, just to take it all in – this was ours! It felt surreal. This would be home for us in the next 18 months or so.

Before that could happen we had at least one more trip to make. With that in mind we measured the space in the laundry for the washing machine.

The good with the not so good

The next day we returned armed with a new vacuum cleaner as well as a new washing machine and set to work. The end of the living room where the large stone arch was, was quite a mess – over the Winter with no circulation of air in the house, a lot of gravelly material had fallen from the stones and mortar leaving a mass of coarse, sandy gravel on the tiled floor. This was a concern as we had no idea how much a village house like this would be affected by humidity from the hillside, let alone how cold it might get in the house once Summer was over. Hmmm, we’d find out later rather than sooner – at least we had a long summer ahead to contemplate heating and airing the rooms before the wet weather of autumn arrived.

Meanwhile we were pleased to notice that the previous owners had left a large mirror with a beautiful hand-painted frame behind. We guessed that it was possibly too heavy for them to be bothered to move it – our luck, as we really liked it! Plus it was something on the wall for now – until all of our possessions arrived from Australia we’d have nothing else to decorate our walls. As JL is a painter we had kept a lot of his colourful works over the years and, frankly, we could hardly bear to be in bare-walled houses! We also found that some big, old, round, green bottles had been left behind in the attic. We were so pleased as we’d spied them when we’d first inspected the house before buying it. There were in fact several baskets and boxes of things up there that would need a day to go through, all covered with lots of dust! Sorting that lot would be an adventure we would look forward to in due course.

For now it was the least of our concerns, as we just wanted to be installed in Jouques as soon as possible. That said, the next day we hit a wall as JL, who’d been fighting off a cold for a few days, finally succumbed and decided that he needed a day to rest – he really didn’t feel like driving. I have to admit to not being brave enough to drive at all in France – the fact that we had a manual car which was also larger than the (automatic transmission) one I’d driven in Australia, was off-putting enough, but having to get used to being on the other side of the road, plus contend with what seemed to be many more maniacal drivers on the roads than I was used to, was all too daunting!

I took the timely opportunity to help Aunt Christiane, whom we were staying with, to sort through some of her old towels and bed linen and, in no time at all she has put together a bundle of towels, sheets and quilts for us to borrow. She also found a camping table and a broom, mop and bucket that we’d be sure to make good use of.

A slow start the next morning and we headed to Pertuis, a town just northwest of Jouques where we’d decided to buy a mattress. Rather than pay an extra €40 for delivery we’d decided to make our purchase as close to Jouques as possible, strap it to the car, then we would drive slowly along small roads all the way to the village.

After finding what we were after in Pertuis, we went off for lunch as it was our wedding anniversary and, despite JL not feeling particularly well, we would at least have a celebratory lunch somewhere in the town. I was a little disappointed to not be celebrating in a big way, especially as we had hoped to have properly moved into our house by then but, by the time you’re married for quite a number of years, it’s easy to let go of some expectations. We decided it was okay that it was a low-key affair since we had such more important things happening at that time!

In any case we bought a gift for ourselves – a new mattress! Befitting for a wedding anniversary! So we tied it to the roof of the car – literally – as we didn’t have roof-bars so we put the ropes through the car windows! We just hoped to NOT encounter any Gendarmes or strong winds on our way to Jouques!

Even though we now had our bed and mattress in the house, it was all too hard to stay the night with JL not feeling the best. The house was still cold and we didn’t have our bathroom and kitchen organized as yet.

The next day we moved in properly

After a good night’s sleep we drove once again to Jouques, stopping at a large supermarket on the way to by a load of groceries to tide us over for at least a week. In the meantime we were sure we could find anything additional we might need in the village.

We felt extremely relieved and delighted to finally be there. Our dreams of so many years, to have a home in Provence, finally realised here, on rue Saint Pierre!