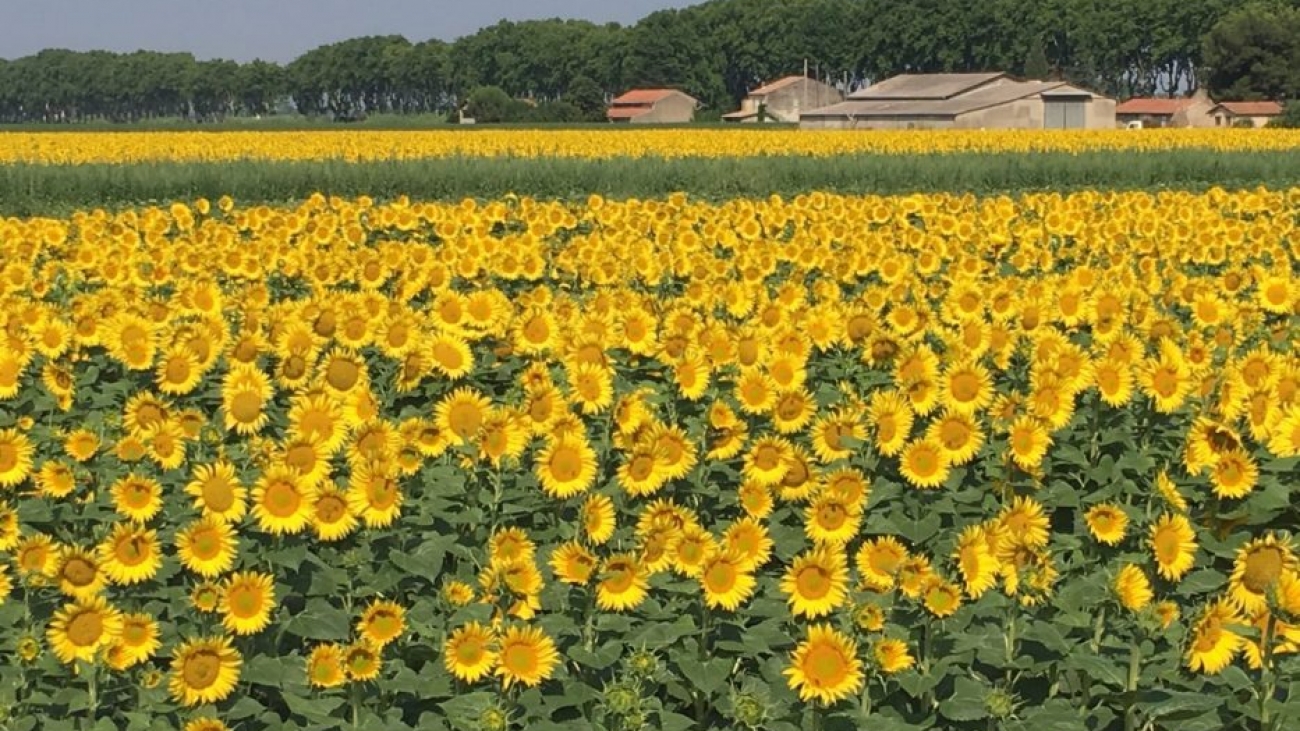 It started as a dream. A simple one.

To one day live in another country, where the sun shines, a lot, the sky seems to be eternally blue, the food is good and the wine even better!

Perhaps not everyone’s dream includes Provence as the destination, I’m sure that must vary enormously from, say, tropical island, to Tuscan countryside, to Paris – city of love, to the coast of Spain or perhaps a surfers paradise on the coast of Australia, or even simply a tree-change to a rural location near to where one already lives. For us it was always France, specifically Provence – that group of departments in the country’s south that collectively make up one of the most visited and travelled places in the world.

So why Provence and how did the dream come to be?

Not such a long story really, in fact more of a natural evolution of things, since one of us is French-born, Jean-Louis, my husband of many years. Myself, I am Australian, born and raised in Perth, Western Australia.

I can only imagine that most people long to return to their place of birth, especially if they were removed from that place at an impressionable age. Such was the case for my husband when his parents decided to migrate with their children to Australia, when he was just 11 years of age.

As for myself, I have always been fascinated by the idea of far-away places, and cultures different to the very Aussie, Anglo one in which I was raised.

This was fuelled by the stories of childhood my Mother would recount when I was very young, of her years growing up in British India, in far-flung places that her Father had to move their family – his work involved managing stations for the North-Western Railway Company in remote places that no one else would go to – he was the fixer!

She told me tales of boarding school in the lower Himalayas; of traveling by bus on treacherous roads; of monkeys in the schoolyard that stole books from students and teachers alike and tore them to shreds; of school picnics in mountainous places with magnificent views of even bigger mountains; and of exotic food. She also told me of living in the deserts of northern India; of seeing a Camel man go by regularly with a train of camels, then one day offering her a new-born baby camel! Perhaps I’ll write about all that another time, as I’m sure you get the idea for now – suffice to say that my imagination for discovering what life was like in other lands was ignited!

Over the years our combined dream, Jean-Louis’ and mine, took shape then morphed. At times it faded to almost nothing, whilst we renovated our first home then much later built our dream family home.  At other times, our dream seemed out of reach, like when our children were very young and we deliberated over whether we’d try settling in France before our eldest started school. This was followed by a significant delay of many years, during which we both changed jobs a few times, hunkered down to create a comfortable family life, raised our daughters and (more recently) contemplated our future as creatives and empty nesters.

Despite these ups and downs, whilst our daughters were still quite young, we formed a plan to go on a fact finding mission. This came to fruition at the end of 1999 when, after seven years of saving our pennies, we took our daughters out of school for a term and spent most of 12 weeks in France. We travelled from Paris to the Loire Valley, then to the south, seeing the sights and visiting family along the way. This was an opportunity to introduce our children to the part of their Dad’s life, his heritage, that they had no way of imagining previously, as well as to meet a whole new swag of family members! During this long holiday our dream, of one day owning and renovating an old mas (farmhouse) in the French countryside, crystallised into a desire to have a village house in a quaintly narrow street, in a real (read: not touristy) village, not just somewhere in France, but specifically in Provence.

For the next ten years family life and work commitments just seemed to pull us along but, in mid 2010 whilst Jean-Louis (I’ll call him JL from now on) and I were on holiday in Europe, a chance discovery would determine the form of our dream once and for all.

We spent six weeks traveling in Europe, starting with a weekend in Amsterdam, then Istanbul for five days, on to Athens and three islands of the Cyclades; we flew from Santorini to Paris for ten glorious days, from where we caught the TGV (train-grand-vitesse, or ‘very fast train’) to Avignon where we picked up a hire car and were finally in Provence in early June where we had only a week together.

Sadly all great holidays come to an end

And so it did for me, as I had to return home to Perth to resume work. JL had some additional time to spend with family in France, but first he was going to meet up with colleagues for a few days in the town of Riez, known as the lavender capital of Provence.

The day after farewelling me at Marseille airport, and spending the night with an Aunt and Uncle not far from Marseille, JL set off for Riez via what he hoped would be a scenic route north of Aix-en-Provence. After passing Aix, he drove east through rural countryside and many small villages, leaving the department of Les Bouches du Rhone (meaning: the mouths of the river Rhone), he planned to stop the night at a small town in the Var, and continue on to Riez the next morning.

Avoiding autoroutes, preferring the small roads as always, he recalls being awe-struck when driving along a particularly long avenue of majestic Plane trees – there are many of these beautiful avenues in the countryside of France, but this was perhaps the longest he’d ever seen. Immediately at the end of the avenue he stopped in the village of Peyrolles-en-Provence for lunch and coffee, then continued on through Jouques, which struck him as being a very pretty place, then on he drove to Rians, the town in the Var where he intended to stop the night.

﻿Unfortunately on arriving he was very disappointed, put simply, the village seemed drab. He walked around and explored a little but, despite having some significant historical buildings, the village held no allure for him, so he decided to return to the previous village to stay the night instead.

Luckily he arrived in Jouques before 5pm, so was able to enquire at the Tourist office for a place to stay and, by chance, there was a ‘Chambres d’hotes’ (the French name for a place offering ‘Bed and Breakfast’) just across the boulevard with a room available. With an entire balmy evening ahead, he had time to explore and then to explore some more the next morning. Before he left Jouques, heading for Riez, he was so unexpectedly excited, that he called me in Australia with exuberance, to announce that he felt that he’d found the place where we could live in Provence!

What initially struck JL was that Jouques so resembled Aix-en-Provence – almost a mini version – the use of ochre on the facades and the many flowing fountains interspersed along the tree-lined main boulevard. He then discovered that behind the main road, hidden from passing traffic, was what seemed to be a labyrinth of narrow lanes all hugging the hillside and lined with ancient two and three story stone houses. Climbing these little streets he walked to the hilltop above the village to see the 12th century Romanesque chapel and to take in the view of the old town below, the large green space at the heart of the village (called ‘Le Grand Pres’), the looming hills and ridge-back of Montagne Sainte Victoire, as well as the forest all around. A beautiful, living, real village, not marred by mega-tourism or super-marchés at it’s edge, yet close to Aix-en-Provence and so much more!

So that’s how our dream finally began to materialise

During the following four years we began to focus on how and when we would we change our way of living – what we would need to do in order to mould our situation into a plan of action.

It would be almost four years before we would travel back to Provence, and together spend a month in Jouques to really see if it would become the village where we’d make our dream come true. 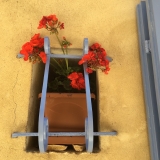 By mid May after being in our village home in Jouques for a ... 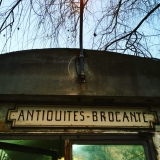 Hooray! We now have a wardrobe! If you read my previous ... 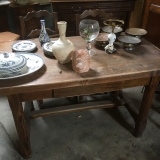 The bargain hunting begins If you’ve been following our ... 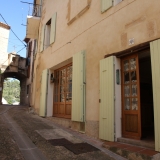 After leaving Australia in mid-April 2016 and arriving in B ... 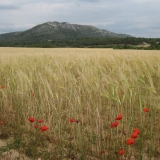 After finding an ideal house in the lovely village of Jouqu ... 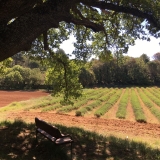 There was no holding us back now! Once I’d given the nod of ... 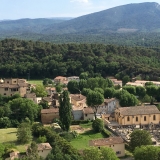 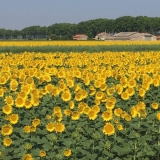